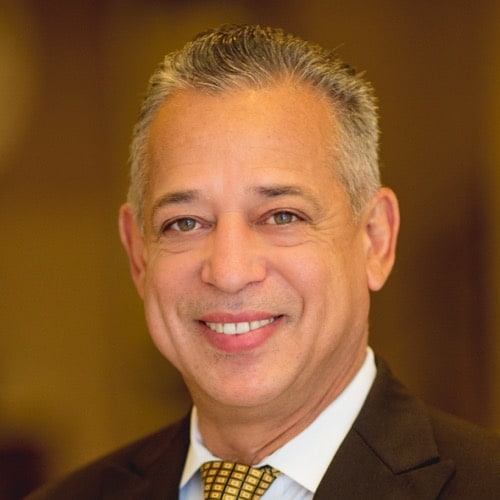 Pedro E. Segarra was sworn in as Hartford 66th Mayor after he was overwhelmingly selected by Hartford voters on January 3, 2012. However, his commitment to realizing the promise of Connecticut’s Capital City began long before that day. Segarra’s personal experience with poverty, discrimination and overcoming adversity has shaped his vision for Hartford – to bring people of all ethnicities, faiths and socioeconomic backgrounds together to create meaningful change.

With community activism, social work, law and public service in his background, Segarra is keenly aware of the issues facing the City with regard to education, public safety and the need for sustainable jobs. His mission over the next four years is to aggressively build on the City’s education reform foundation; to implement strategies that strengthen community-police relationships and reduce crime; and through the Livable and Sustainable Neighborhoods Initiative and other programs, to improve the vitality of our neighborhoods and increase job opportunities.

Born the oldest of six children in Maricao, Puerto Rico on April 28, 1959, Segarra moved to Hartford from New York as a teenager. While his arrival in the City did not result in an immediate escape from the extreme poverty his family faced, it did fuel his determination to succeed and not be defined by his circumstances. After graduating from the former Hartford Community College (now Capital Community College), Segarra earned a full scholarship to the University of Hartford where he earned a Bachelor’s Degree in Political Science. He went on to attend the University of Connecticut Schools of Social Work and Law, where he was a founding member of the Latino Law School Organization and served as its first President. He is currently admitted to the Connecticut state and federal bars (1986) and the Bar of the State of Florida (2000).

Segarra was the youngest person to serve as Corporation Counsel for the City of Hartford when he was appointed in 1991. His public service includes his appointment as a member of the Court of Common Council in 2006 and re-election in his own right to that seat the following year. He became Council President in January 2010 and was sworn in as Mayor in June of that year.

Segarra lives in the West End of Hartford with his partner, Charlie, who has been an advocate of beautification efforts in the City.