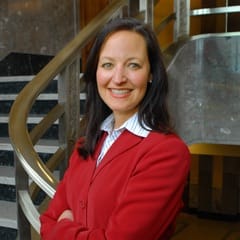 Alexia Poe is the founder of Poe Consulting, specializing in strategic communications, public affairs and public relations. With more than two decades of experience in politics and government at the highest levels, Poe’s experience is unmatched in Tennessee and rare to find across the country. She has worked in the White House, for a United States Senator, for two Governors and a Mayor.  She understands how things work at the federal, state and local levels, and she knows how to get things done.

Prior to her appointment by Haslam, Poe was Director of Nashville Mayor Karl Dean’s Office of Economic and Community Development. There she served as the city’s top sales executive to attract and grow business investment in Davidson County, and she led the public campaign for the Music City Center, Nashville’s $600 million state-of-the-art convention center. On the federal level, she worked for First Lady Laura Bush and then moved from the East Wing of the White House to Capitol Hill where she built the communications office of U.S. Senator Lamar Alexander from the ground up. Before  heading to Washington, Poe worked for Tennessee Governor Don Sundquist.  She became the second female and youngest person in the State’s history to serve as a Governor’s Press Secretary.

Her 22 years of communications, government, and consulting experience also includes work in the private sector. She served as Director of Public Affairs at the Nashville-based hospitality and entertainment company Gaylord Entertainment, where she managed the company’s government relations function in six states, its Political Action Committee and philanthropic foundation. She has also served as Managing Director of a public relations firm. Poe began her career as a television reporter and morning anchor and was awarded for her work by the Associated Press for a series on domestic violence.

Poe, a Knoxville, Tenn. native and honors graduate of the University of Tennessee, is a recipient of the College of Communication and Information’s Distinguished Alumni Award.