The City of Richmond seeks assistance developing an innovative approach to development in the Shockoe Bottom district that leverages its existing infrastructure, integrates and illuminates its significant and neglected history, and creates a framework for sustainability for the parts of the area that lie within the flood plain. Through this approach, the City hopes to explore and pioneer the notion of an “eco-historic district” in Shockoe Bottom.

Richmond today receives accolades for its flourishing culinary scene, affordable cost of living, dynamic artistic community, growing levels of entrepreneurship, and investment from new companies. But while many are thriving, there is still a great deal of disparity: too many under-performing and dilapidated public schools, a high concentration of public housing in poor condition, and 40 percent of families with children living in poverty.

As the former capital of the Confederacy during the Civil War, Richmond has also been at the center of debates about the future of its Confederate statues. Mayor Levar Stoney initiated a Monument Avenue Commission to investigate ways to contextualize these monuments (along Monument Avenue, which is in a different part of the city than Shockoe Bottom).

While its Civil War history is very visible, the scale of acknowledgement of the history of Richmond’s role in the slave trade (it had the largest slave market in the eastern US, second nationally only to New Orleans, from 1830 to 1860) is much smaller—but has increased significantly in the last decade. Recent efforts to acknowledge this aspect of Richmond’s history include:

The site of Lumpkin’s Jail is just three blocks from where the Virginia Capitol building sits today, just east of downtown along the James River in Shockoe Bottom, one of the city’s oldest neighborhoods. Located between Shockoe Hill and Church Hill, much of the 129-acre Shockoe Bottom district has been razed and paved over. The tunneled Shockoe Creek beneath it is also a combined sanitary and storm sewer conveyance to the James River.

There has been significant investment in Shockoe Bottom in the last two decades. The City, with state and federal assistance, has invested more than $90 million in the renovation of the Historic Main Street Station, the site of the future museum and memorial at the Lumpkin’s Jail site with committed investments from the city and state of $11 Million in 2006, and $22 million in stormwater improvements (a study determined the cost of daylighting the creek was not feasible). But there are still numerous surface parking lots and vacant store fronts, and property owners are reluctant to develop or asking for more for higher sales prices than the market will currently bear. As much of the district still lies within the FEMA 100- and 500-year flood plains, the aspect of sustainable infrastructure and development will be a key component for any future development in the area.

One of the greatest challenges is how to balance community interest in the preservation of historical sites while creating a viable economic platform to create growth and opportunity, and investment that will increase tax revenue in the area. Unsurprisingly, there have been several unrealized efforts to revitalize the area with development, including a polarizing plan by the previous administration to build a minor league baseball park. The comprehensive development strategy that was created prior to the baseball debate was never implemented.

As a nationally significant historical site, the opportunity to create a cultural tourism destination that balances the environmental needs of the area is a challenge that also inspires the Stoney administration to envision a future for Shockoe Bottom that can achieve all of these goals. The City is seeking guidance from the Rose Center on the following questions:

In Shockoe Bottom, Richmond Must Tell the Truth about the Past to Thrive in the Future (02/12/18) 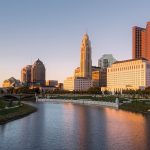 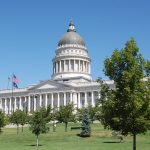