Facing a systemic housing shortage created by its remarkable success attracting new residents and economic development, Salt Lake City is seeking a strategic path forward to modernize its land-use and zoning regulations so they reflect the affordability needs of a now-growing, pioneering city; and guidance with removing impediments in City processes to encourage housing development.

Located at the core of its metropolitan area, Salt Lake City is the capital and most populous municipality of the State of Utah. Touted for its economic, physical, and technological assets, Salt Lake City is regularly ranked among Forbes’ Top 10 Places for Business and Careers, and named one of the best places to live by US News & World Report. With a skilled workforce, very low unemployment rate (currently 3.2%), unparalleled access to world-class recreation opportunities, and an international airport, it is no wonder that Salt Lake City is rapidly growing.

From 2010-2014, the city gained 4,400 new residents, doubling the pace of growth that was recorded between 2000 and 2010. Estimates anticipate that this growth will continue, adding an additional 30,000 residents by 2030. Salt Lake City’s current population of 190,873 people consists of 75,923 households, which is the highest number of households in the state, with nearly 40,000 more households than the next highest-ranking city. The average household in Salt Lake City includes 2.45 people, with 52% of the households being comprised of families, so housing needs to accommodate those larger sized households and not just single people.

Another unique aspect to Salt Lake City’s growth is its high proportion of millennials and minority groups combined with a low proportion of seniors (only 10%). Post-college-aged millennials (age 25-34) account for 21% of the city’s population—higher than peer western cities like Boise (14%) and Portland (19%) and on par with larger ones like Denver and Austin (both 22%). This burgeoning population is driving demand for more housing, and the city is currently experiencing a historically low 2% vacancy rate.

On the housing supply side, Salt Lake City has several local barriers to development—such as density limitations, prohibitions on different types of housing, and other stringent development regulations—that are also contributing to the housing shortage and exacerbating economic segregation. Many of these regulations were created at a time of population contraction and are no longer relevant to today’s conditions. For example, much of the east side of the City is zoned for single-family scale development, which significantly reduces the number of residential units that can be built and drives up prices for the limited re-sale supply.

These factors, and others, have put Salt Lake City on the precipice of a systemic housing crisis. At its heart is how demand has driven up home prices and rental rates at a faster pace than wage increases. Between 2011 and 2014, rental rates increased two times faster than the wage increase for renters. Additionally, home sale prices increased four times faster than the wages of homeowners. Unabated, this trend will impact greater numbers of low- and middle-income residents each year, pushing out those who make it diverse and dynamic and fill critical roles and occupations in our communities. To maintain the inclusivity of Salt Lake City, there needs to be a higher number of people living closer to their place of employment, whatever the profession.

A large part of the issue is the City’s competing values: the City wants to preserve low scale, mostly single-family neighbors for its existing tax-paying residents, while also needing to increase the housing supply of other types of residences, i.e. missing middle and apartments. The City would like to find an effective way to communicate this challenge to current single-family homeowners and community leaders, and to start a constructive conversation about the importance of all neighborhoods doing their share to support increased housing opportunities for marginalized residents. Though the removal of land use and development regulatory barriers will not solve the housing crisis on its own, the City sees regulatory change as a fundamental step for improving neighborhoods with quality infrastructure, as well as strong educational, social, economic, and culture networks and institutions, to low- and moderate-income households.

The City also has the potential to win more of the regional housing market share. In August 2016, Salt Lake City conducted the Salt Lake Live Work Survey, which included commuters into the city for work. Among these commuters, 52% indicated they would consider living in Salt Lake City if housing were more affordable. Salt Lake City’s day-time population increases by 60% from in-commuting workers, which creates significant stress on our transportation network and impacts our air quality. Greater supply of affordable housing options could greatly reduce these impacts—a burden felt by all residents.

To examine the problem and explore solutions that could be applicable citywide, the Rose Fellowship will examine the East Downtown area (200 to 900 East, and South Temple to 600 South), which is comprised of approximately 42 10-acre blocks and boasts the highest transit ridership in the city. Though it is already home to a fair amount of multi-family housing, its current zoning limits non-residential uses. Additionally, the area’s development regulations don’t promote efficient use of land. A further challenge are the area’s historic districts, which create competing values for residents, planners, and developers.

Within a specific section of the East Downtown area (South Temple to 300 South, and 500 to 900 East), the building intensity and density are greatly limited by zoning requirements, to which most of the existing structures do not conform. Passed as a result of a perceived pressure in the 1970s and 80s for apartment buildings to replace single-family homes, that pressure abated and the zoning change resulted in very little new development and reinvestment in the area. However, there are a lot of physical opportunities in the East Downtown area for development, the most common being aging commercial buildings, surface parking lots, under-utilized mid-block areas; and infill parcels.

The City is seeking guidance from the Rose Center on the following questions: 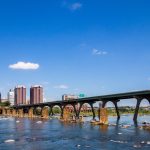 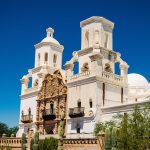