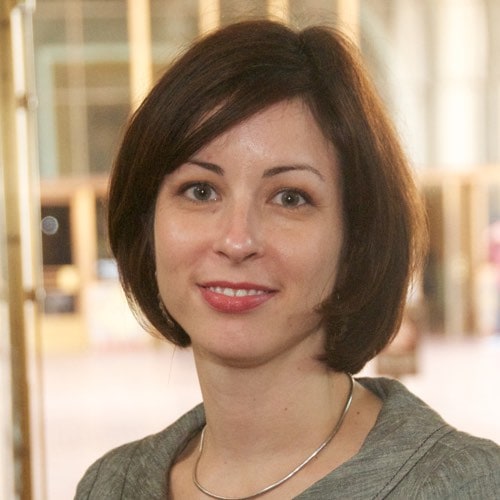 Olga Stella leads Design Core Detroit, an organization that works to strengthen Detroit’s design-driven businesses and champions their role in the economy. In this role, she is applying her experience in economic development, public policy and coalition-building to Design Core’s work which ranges from business education, advocacy, storytelling, and activating Detroit’s designation as the only UNESCO City of Design in the United States.

Olga helped facilitate over $200 million in investment in the city of Detroit through her work at the Detroit Economic Growth Corporation, where she played multiple roles, including Chief Operating Officer. Her political experience includes serving as an Assistant to the Mayor for Economic Development to Mayor Dennis Archer and as Chief of Staff to former State Representative Steve Tobocman.

Olga lives with her family in Detroit and is active in the community, serving on the boards of several nonprofit organizations.