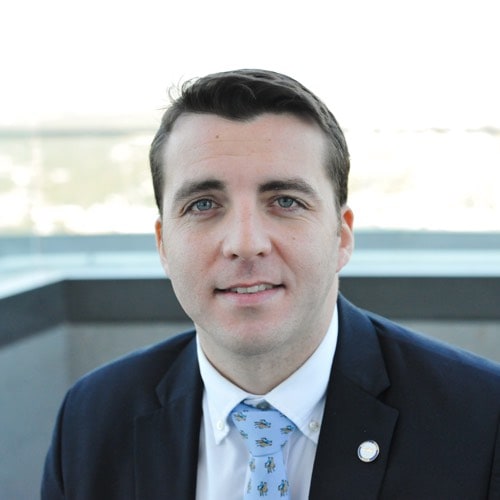 John FitzGerald has been an employee of the Boston Redevelopment Authority, the quasi city/state economic development and planning agency for the City of Boston, for the past eight and a half years, working on the approval process for more than 100 development projects spanning all of Boston’s neighborhoods.

His work requires FitzGerald to understand all facets of the development world such as dealing with the architects, financers, lawyers, politicians, and community groups, as well as all of the necessary city agencies from environment, public works, transportation, zoning, and other areas impacted by development in the City. These multiple interactions have given FitzGerald an in-depth understanding of the many different impacts and concerns from both a development and government point of view. He is also the lead on many other specialized projects such as Boston’s Olympic Bid and the Late Night Task Force, and even most recently accompanied Gov. Deval Patrick on his trade mission to London and France that focused on Innovation.

FitzGerald graduated from Boston Latin School, the oldest and still one of the top ranked public high schools in the United States. He went on to attend Northeastern University, where he received his degree in Communications with a minor is Spanish, and studied abroad in Sevilla, Spain and had the opportunity to travel all through Europe. He earned an Executive MBA from Northeastern University, which focused in international business, and had the opportunity to travel and learn from universities in Mexico and throughout China.