ULI is “the cauldron where forward thinking in real estate occurs; it provides new ways of looking at an old puzzle and perspective for creating solutions.” —Chris Chaffin, Chaffin Light Management

Real estate practices may have changed in 75 years, but the Urban Land Institute remains the premier organization for the industry. “The real estate industry moves quickly, but ULI keeps its finger on the pulse,” says Sir Stuart Lipton, deputy chairman of London-based ­Chelsfield Partners, one of ULI’s first international members. Harold Shipp, chairman of Ontario-based Shipp Corporation Ltd., attended his first annual meeting in Kansas City in ­September 1952. “There were 33 people,” he says. “We toured the first-ever off-street parking mall and ate box lunches at a farmhouse. It was real grass roots.” Today, ULI is a multinational organization with three geographic hubs: the Americas, Europe, and Asia; its membership spans 95 countries and the spectrum of real estate–related disciplines. 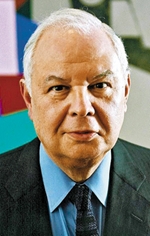 As ever, the organization promotes responsible land use for vibrant communities. ULI “works toward the highest use to create a better built environment,” explains Gerald D. Hines, founder and chairman of the global real estate company that bears his name. “It helps communities and developers understand each others’ goals.” As is the case with many of ULI’s leaders, the organization kick-started Hines’s real estate career. As a result, he established the ULI/Gerald D. Hines Student Urban Design Competition to “teach students leadership and entrepreneurial skills that they will need in the real world.”

Members might be rivals in the boardroom, but they value the organization’s nonpartisan, apolitical, and mutually respectful environment. “You sit down with your competitors and they will tell you everything they know,” explains Lipton. “The outcome will always be useful.” Through ULI, Lipton toured business parks in Silicon Valley and used this knowledge to develop Stockley Park, a 400-acre (162-ha) business campus near Heathrow Airport with a public park and public sports facilities, as well as other prize-winning developments. Both Lipton and Hines have been awarded the ULI J.C. Nichols Prize for Visionaries in Urban Development. 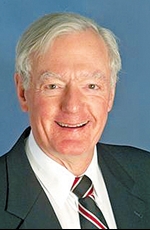 The high quality of ULI members and their expertise is unmatched; above all, ULI gives direct access to the best industry professionals. McCoy describes his three phases of engagement with ULI, which sum up the experience of most members. He started out as a “taker,” who made connections that advanced his career; later, he became a “teacher,” who shared his experiences with younger members; now he is a leader who enjoys the camaraderie of his ULI colleagues.

ULI is the ultimate support network, where connections often turn into business relationships and lifelong friendships. “I can reach out to any member to consult about a deal,” explains Alyson Toombs, managing director at ­Silvermine Development Partners LLC, based in New Canaan, Connecticut. “I could do what I am doing now without ULI, but definitely not as well.” Toombs seeks out local, real-deal development models for her district council, ULI Westchester/Fairfield, that teach practical lessons.

The district councils are ULI’s major touch points, and they have advanced ULI’s local and international expansion. Harry H. Frampton III, chairman of East West ­Partners, explains that decentralization has been a good thing because “real estate and land use are local businesses, so it is terribly important to reach out through the district councils.”

More recently, ULI’s move into Europe and Asia “has enabled members in various parts of the world—including Asia Pacific, the fastest-growing region—to share knowledge with each other,” explains C.Y. Leung, the current and founding chairman of ULI Asia and chairman of DTZ Asia Pacific in Hong Kong. ULI programs on 21st-century issues such as “urban waterfronts and lesser-known impacts on urban development—like China’s high-speed rail system—are giving regional and global experts fresh opportunities and challenges,” he says. Through a ULI-organized tour of Asian

In addition to its global reach, ULI members cite the multidisciplinary nature of the organization as ranking among its greatest strengths. Mayor Phil Gordon of ­Phoenix applauds ULI for contributing “best practices and real-world solutions that are broader than specific stakeholder interest.” Philadelphia Mayor Michael Nutter agrees that “ULI addresses the widest range of issues—design, good planning, land assembly—of any other organization.”

Gordon and Nutter are both Rose Fellows who participated with expert teams sponsored by the ULI Daniel Rose Center for Public Leadership in Land Use. The center is one way ULI has actively and successfully united the private and public sectors in conversation to surmount obstacles and find solutions. So far, ULI has worked directly with mayors in eight cities to help resolve a specific urban challenge. “ULI helped move our debate over existing infrastructure along and gave us ideas to advance our discussion,” says Nashville Mayor Karl Dean. “It was a real education process.”

Local governments particularly benefit from the ULI’s “outsider” perspective. Nutter describes how ULI helped jump-start new development along Philadelphia’s North Broad Street, an underdeveloped urban corridor. “ULI’s experts challenged our assumptions but also reaffirmed that we were on the right path,” he says. “The vision and some of the projects that we laid out in those sessions are now coming to fruition.”

ULI has also sought new perspectives from its younger membership by supporting Young Leaders. Three Young Leaders were appointed to the ULI board this year, representing a bold investment by the organization that has unequivocal support. “This is a huge commitment to the next generation,” says Lynn Carlton, senior associate at Sasaki Associates in Watertown, Massachusetts.

The Young Leaders have contributed to ULI’s vitality. Monica Jindia, assistant vice president, business development, at Commonwealth Land Title Insurance, helped revive ULI Philadelphia by creating new program formats and addressing relevant topics that expanded the membership. Together with Chang and others, she developed a leadership exchange among Young Leaders in three cities that spread nationally.

With so much momentum among members of the younger generation and a wealth of expertise at the top, what does the future hold for ULI? To a large extent, the organization is an antenna for the real estate industry. Industry leaders rely on ULI to act as a sentinel for new trends so it can best prepare members for the challenges that they will face. Chris Chaffin, vice president of development at Chaffin Light Management in Charleston, South Carolina, describes the organization as “the cauldron where forward thinking in real estate occurs; it provides new ways of looking at an old puzzle and perspective for creating solutions.”

It has also remained true to the spirit of its founders. “They were smart builders who wanted the opportunity to develop land differently after the war,” says Shipp. “What makes ULI great is the fact that its members give up their time to participate on expert panels with local commissioners and developers.” Since 1947, more than 600 ULI advisory services panels have been conducted in 47 states, 12 countries, and on four continents. “They will tell you honestly what will or will not work. No other organization in the world does that,” Shipp says. 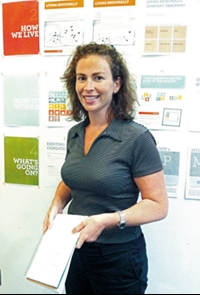 Keeping governments and decision makers informed about density and growth is critical to good development. Frampton believes that ULI needs to help its members survive in a challenging economic climate and “hopes that it will help position companies through partnerships between developers, cities, governments, and joint ventures.” Others prioritize collaboration with government and nongovernmental organizations, which cannot always afford to do the comprehensive and upfront research they need.

Clearly, ULI needs to help its members navigate sustainable practices and find a balance among high quality, economy, and lower energy use. Lipton wants ULI to teach its members “how to build better, more sustainably, and more functionally, with more value to society and the needs of consumers. Future projects must be ethically and socially appropriate, and ULI can lead the way.”