Entrepreneurship supports in historically disinvested neighborhoods. Louisville fares well economically overall but this prosperity and growth does not extend to all residents. Between 2014 and 2015, Louisville’s unemployment rate decreased from 6.5% to 5.7%, but African-American unemployment rates decreased only from 12.2% in 2014 to 11.9% in 2015. Similarly, while the number of people 16 and over living in poverty decreased by just over 10,000 between 2014 and 2015, nearly all of this reduction took place among Whites, Hispanics and multi-racial individuals. African-Americans saw no decrease in poverty over this time frame. These statistics are felt most in the nine western neighborhoods of Louisville. These once-thriving areas are now some of the most distressed in the community as a result of structural and institutional racist polices that include the then-legal, discriminatory practice of redlining, which severely limited the availability of loans for residential and commercial purposes, and the eventual demolition of “blighted” buildings in the name of urban renewal. Now residents experience substantially higher rates of chronic disease, lower life expectancy, higher rates of violence, higher poverty rates, lower educational attainment, higher unemployment rates, and are likely to be cost burdened (spending more than 35% of income on housing and utilities).

The Greater Louisville Project concludes that if Louisville’s four poorest neighborhoods, including Parkland and Russell in west Louisville, could be improved to city averages for health, jobs, income and educational attainment, it would result in $377 million in additional earnings, 5,200 fewer low-income children and eight years of additional life expectancy. To promote equity and resilience in these neighborhoods, Louisville must focus not just on housing and community development, but on business and economic development. Through the EED fellowship, Louisville will focus to build a culture of entrepreneurship in these neighborhoods, not just in retail and service sectors, but in professional services and technology; that can give individuals access to goods, services, and high quality job opportunities that lead to economic stability and community vibrancy. The City is proposing place-based strategies such as targeted site acquisition and disposition, creative place-making and pop-up retail, education and awareness-building, infrastructure and transit solutions, and collective-impact-oriented people strategies such as network development, mentoring, financial incentives, and technical assistance and training to achieve the goal of improving Parkland and Russell neighborhoods.

In West Louisville, Kentucky, Investing in Equity and Inclusion (04/10/18) 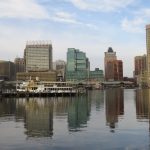 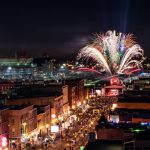