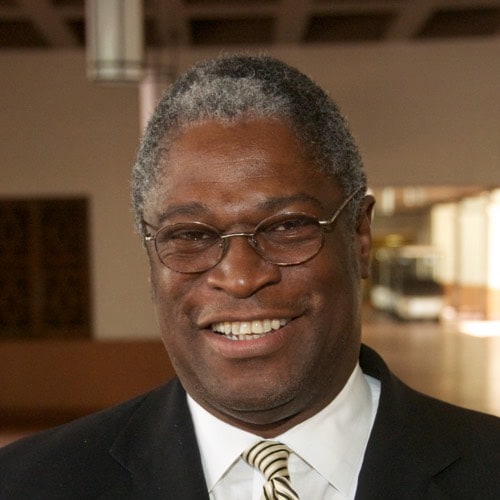 Throughout his successful 26-year legal career, James has earned extensive professional accolades including being appointed to the Missouri Board of Law Examiners, leading the Kansas City Metropolitan Bar Association and the Kansas City Bar Foundation, and serving as vice president of the Public Interest Litigation Clinic and of the board of directors of Legal Aid of Western Missouri. In 2002 James started his own successful small business, The Sly James Firm, where he works with victims to seek justice and positive outcomes to disputes.

James is an extremely proud resident of the city he loves and has been active in many political, community, and civic activities. He has been married to Licia Clifton-James since 1981 and is the proud father of four children.