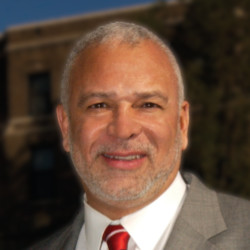 Michael oversees the leasing, operations, property management, and IT departments at the Yard, including its maintenance, energy infrastructure, and utilities management efforts.

Michael is a licensed Architect and Certified Planner and has taught urban planning at several universities including Tulane, Howard and Georgetown. He holds a Master’s in Architecture from UC Berkeley, a Master’s in Education from San Francisco State, and an undergraduate degree in Architecture and Urban Planning from Princeton.