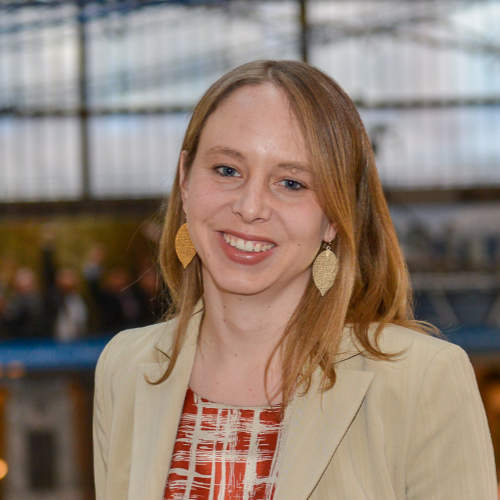 Katharine Burgess is the Director of the Urban Resilience Program for the Urban Land Institute (ULI), a nonprofit education and research organization that focuses on land use, real estate and urban development. The mission of the Institute is to provide leadership in the responsible use of land and in creating and sustaining thriving communities worldwide.

An urban planner with twelve years of experience, Ms. Burgess has practiced in the US, UK and Germany, with global project work across the US, Europe and Asia. She began her career at Duany Plater-Zyberk & Company, where she managed post-Katrina hurricane recovery charrettes commissioned by the States of Louisiana and Mississippi and the City of New Orleans. Since then, her projects have included a range of large-scale, mixed-use masterplanning initiatives designed to encourage pedestrian activity and integrate green infrastructure, including campus plans, downtown revitalization plans, urban extensions and a new town for 10,000 people in Scotland.

Ms. Burgess’ research work has included landscape performance research for the Landscape Architecture Foundation, as well as international urban policy research for the Robert Bosch Foundation Fellowship program, during which she completed a work placement at the City of Berlin’s Department for Urban Development. Ms. Burgess holds an MSc in Regional and Urban Planning from the London School of Economics and a BA from Williams College.