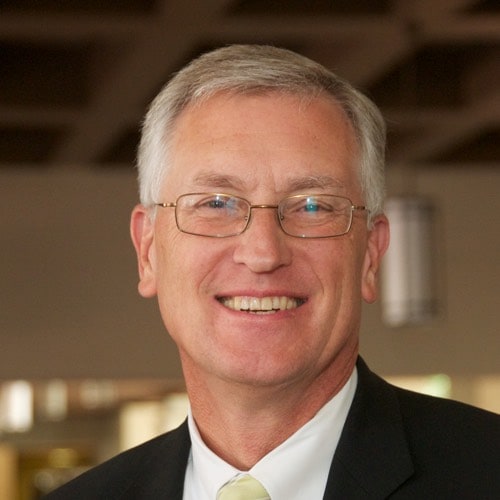 John Sedlak is the Executive Vice President and Director of Strategic Partnering at the Metropolitan Transit Authority of Harris County. His primary responsibility is to assist the President and Chief Executive Officer, and to provide a focus on building and sustaining partnerships with stakeholder organizations across the Houston-Galveston region, one of METRO’s strategic priorities.

Since joining METRO in 1983, John has served as Director of Facilities Design, Assistant General Manager of Planning & Development, and as Vice President of Planning, Engineering & Construction. He was responsible for the development of METRO’s Capital Program, including the 100-mile high occupancy vehicle lane system (largest in the United States), all transit facilities including transit centers, and Park & Ride lots, METRO’s Administration Building and METRO’s first light rail line.

Prior to joining Houston METRO, John worked with the Metropolitan Atlanta Rapid Transit Authority for nine years on the planning, design, construction, and operational start-up of the $2 billion first phase of the Atlanta Rapid Rail System. As MARTA’s Manager of Architecture, John was responsible for the architectural design management of all public transit facilities.

John is a graduate of the Pennsylvania State University with a Bachelor of Architecture Degree and a Master of Science Degree in Architecture and Urban Planning. He is a registered architect and serves on several national transit and transportation committees dealing with the planning and design of transit facilities and project management. He has participated as a member of the Urban Land Institute, and as a member of a federal international study team examining the design and operation of transit systems in South America. John recently served as the transportation expert within a Houston business delegation to Spain. John also serves as Houston METRO’s representative on the Transportation Research Board and Institute of Transportation Engineers. He serves as METRO’s alternate on the Houston-Galveston Area Council’s Transportation Policy Council, which is responsible for the Houston region’s long-range transportation plan. John serves on the Board of the Downtown Houston Association, and is an ex-officio member of the Downtown Management District Board.

John is also a lecturer at the Department of Civil and Environmental Engineering at Rice University on Urban Transportation Planning and Engineering.