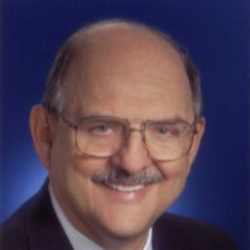 Since 2009, Kienle has been director of Moody Nolan’s Preservation Design Studio, where he leads projects including the restoration and revitalization of historic resources, the design of contemporary structures within a historic context, and leadership in the redevelopment of historic neighborhoods, campuses, and towns.

From 2003-2009, he formed James T. Kienle & Associates to concentrate his design talents and his passion for historic preservation on preservation architecture and urban design. As a former Vice President and National Director of Historic Preservation for HNTB Architects, Engineers & Planners, Kienle brings significant experience in master plan development, historic structure assessment, and preservation design of residential and commercial facilities, recreation and entertainment venues and many significant public buildings, including the Indiana and Kentucky Capitols, and such GSA projects as the Old Executive office Building and the Design Excellence project at the Mary Switzer Building in Washington, DC. His projects have been recipients of numerous local, regional, and national AIA, Civic & other Institutional awards.

Kienle has served on the Indianapolis Historic Preservation Commission, the city’s regulatory body for 14 historic districts, for 10 years, the last eight as president. This experience provides him with an opportunity to deal with a wide range of preservation issues across different project types and urban design applications. He chairs the Urban Design Committee for AIA Indianapolis and has been highly involved in the development of Urban Design Guidelines for the City of Indianapolis’ Regional Center.