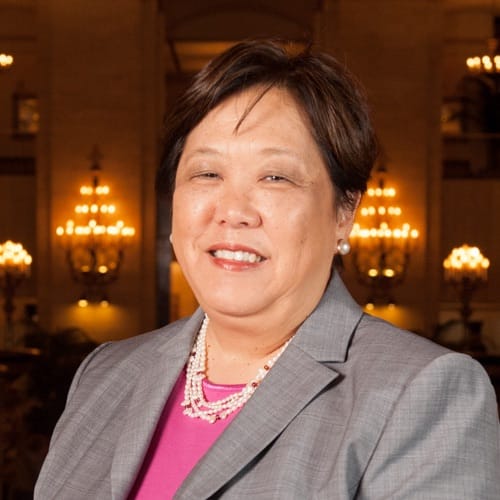 Ember Shinn is the managing director of the City and County of Honolulu. Shinn has worked as an attorney and administrator for private and public entities for over thirty years. Born and raised in Hawaii, Shinn graduated from the University of Hawaii.

She moved to California to attend the University of the Pacific, McGeorge School of Law. After receiving her law degree, she practiced law in California for over 20 years. She represented public and private entities in public law and employment litigation.

She served as General Counsel for Oakland Unified School District and the Peralta Community College District. Shinn returned home to Hawaii in 2001, retired from the practice of law, and worked for the State House of Representatives as staff attorney for the Judiciary Committee and as special assistant and Chief of Staff for the Speaker of the House.

In 2010, she served as executive assistant to then acting Mayor Kirk Caldwell.