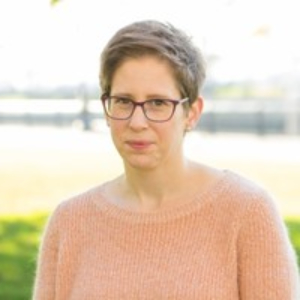 Abi Vladeck is Program Director for Real Estate Assets in Massachusetts Governor Charlie Baker’s office, where, among other duties, she leads the Open for Business program to make better use of state-owned real assets. In the three years since the program launched, Open for Business has facilitated the disposition of nearly 40 properties which, when fully realized, will result in: payments with a present value of nearly $300 million to state agencies; 2,287 units of new housing (over 200 income-restricted); 1,430 net new jobs; 1.4 million square feet of new commercial space; and $19 million in new, annual property tax payments to local municipalities.

Before joining the Governor’s office Abi worked at Boston City Hall, first as a Boston Urban Mechanics Program Fellow under Mayor Menino, then as a Special Assistant in capital planning in the Office of Budget Management, helping shape the City’s five-year, $1.8 billion capital plan. She has also worked in the non-profit world on civic engagement and advocacy campaigns. Abi holds a Master’s degree in Urban and Environmental Policy and Planning from Tufts University, and a Bachelor’s in Literature from Yale. A native of New York City and former resident of Miami Beach, Abi now lives in the East Boston neighborhood of Boston with her husband and two young children.