An Inside Look at Equitable Economic Development in Baltimore

By Carlos Delgado
Posted August 30, 2018
In All News, Updates
An Inside Look at Equitable Economic Development in Baltimore2018-08-302018-08-31/wp-content/uploads/logo-dark.svgThe Rose Centerhttps://danielrosecenter.org/wp-content/uploads/2018-blog-eed-inside-baltimore-.jpg200px200px
0

Last week I sat down with Bill Cole, EED fellow from the city of Baltimore, Maryland, to discuss Baltimore’s participation in the program, the city’s focus on equity and the mayor’s vision for Park Heights, the city’s project area.

Carlos Delgado: Thank you Bill for taking the time to talk about Baltimore’s participation in the EED Fellowship. I am excited to hear about the progress on Park Heights and how the program has helped you and the EED team advance equity in the city. But before that, would you please share a bit about your background?

Bill Cole: Thank you, Carlos, for letting us tell Baltimore’s story and talk about how the mayor and the city are trying to tackle issues of inequality. I was appointed by former mayor Stephanie Rawlings-Blake to serve as the city’s economic development director and as president/CEO of the quasi-governmental Baltimore Development Corporation (BDC) in August, 2014. Prior to this appointment, I was the associate vice president of Institutional Advancement at the University of Baltimore. I have also been elected twice to Baltimore City Council representing Baltimore’s 11th district from 2007 to 2014. Before my council years, I served as a member of the Maryland House of Delegates from 1999 to 2002 and was a special assistant to U.S. Representative Elijah E. Cummings from 1996 to 2003. 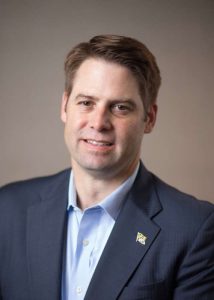 CD: Excellent, Bill. It looks like you have been involved in many different levels of government. Following up on your appointment to president and CEO of BDC, can you expand on this agency’s mandate?

BC: The Baltimore Development Corporation is the city’s economic development arm. We are a separate 501(c)3 but funded primarily through an annual grant through the city’s Department of Housing and Community Development. BDC has functioned in this role for more than three decades and has been responsible for major projects like the development of Baltimore’s Inner Harbor and its downtown commercial district. BDC has also been responsible for handling more than 10 tax increment financing (TIF) deals, including the redevelopment of a large contaminated industrial site known as Harbor Point and the massive Port Covington project. BDC has some lending functions in addition to its traditional business retention and attraction tools.

BC: Mayor Pugh has made it abundantly clear to all of her agencies and quasi-agencies that she wants to see projects and investment in neighborhoods far beyond Downtown and the Waterfront. She has identified a handful of key neighborhoods around the city for focused investment and has created a neighborhood sub-cabinet within her administration to focus on those targeted neighborhoods. These neighborhoods are critical to the city’s renaissance and in some cases haven’t seen major investment in decades. 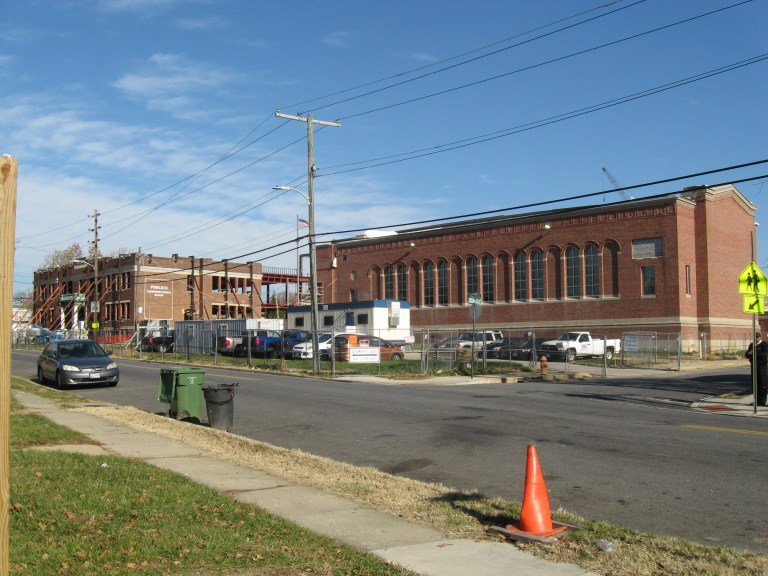 CD: We experienced this lack of major investment when we conducted the technical assistance visits to the Park Heights neighborhood during the fellowship year. Why did Mayor Pugh and the Baltimore EED team select Park Heights? What are the current challenges the neighborhood faces and what would you like to see happen there?

BC: Park Heights is one of the Mayor’s targeted neighborhoods, but it is also home to Pimlico Race Course.  Pimlico, home to the second crown of horse racing’s triple crown — the Preakness Stakes — is a privately owned, 200-acre parcel. Pimlico’s ownership has suggested that the conditions of the century-old racing facility might force it to move the Preakness from Baltimore to a racing facility it owns 30 miles south of Baltimore in Laurel, Maryland. The Mayor has vowed to do everything to ensure that Pimlico, and the Preakness, remain in Baltimore City. The race is seen on international television and hosts more than 135,000 spectators every year.

Pimlico’s ownership, adjacent property owner Lifebridge Health, Sinai Hospital, the city and the state are conducting a two-year study on the future of the facility. All parties have agreed that redevelopment of the racetrack must also include the comprehensive, strategic and inclusive redevelopment of the surrounding community of Park Heights.

It is with that understanding that we asked the following questions: How do we create an inclusive economic development plan for the Park Heights community to ensure that it thrives with a redeveloped Pimlico race course? How do we attract retail, and support existing retail, to serve a community that has seen decades of blight and decay slowly destroy its historic fabric? How do we ensure that the neighborhood protects its residents who have begged for city and state investment for decades?

If we are successful, we will redevelop Pimlico as a mixed-use racing facility that also contributes directly to the community, allow Lifebridge/Sinai to expand and grow while supporting jobs in the surrounding community, and redevelop the commercial areas of the community to support and increase a growing residential population. Success also means keeping existing residents in place and allowing existing businesses to grow and thrive.

CD: Last November, we spent a few days in Baltimore conducting a technical assistance visit and brought in some of your peer fellows from other cities and subject matter experts to help you strategize how to lift up Park Heights and better engage with community members. How beneficial was it to receive this technical assistance visit from “outsiders” and what progress have you made?

The site visit was critical. To hear an outside perspective after seeing the area up close provided much needed clarity to the situation — and underscored the enormity of the challenge. In our case, the team was clear that our project needed to start by reconnecting all stakeholders and ensuring that every possible voice was heard. We’ve taken that advice and have had some great early successes.

For instance, one of our key partners, a Community Development Corporation (CDC) named Park Heights Renaissance (PHR), was not initially in the position to help. After the visit, however, we made additional efforts to bring PHR into the fold and did so with great success. PHR not only became a critical partner for our project team, but its new executive director, Marcus Pollock, also joined us in Minneapolis in June for our final project presentation. That ED continues to work very closely with the city team.

In addition, the visiting team suggested stronger partnerships with Sinai/Lifebridge. We are now meeting with key hospital leaders monthly, if not more frequently, and including them in virtually every major conversation about the redevelopment initiatives. They’ve changed their thinking as a neighborhood anchor as well and have committed to investing $100 million or more in campus expansion right in Park Heights.

CD: This is great to hear, Bill. Marcus is doing a great job executing the short-, mid- and long-term projects in the neighborhood. You advised Nashville on how the city can better support urban manufacturing in Promise Zone neighborhoods. How was that experience for you?

BC: I think this is one of the highlights of the program — the peer-to-peer collaboration among cities. I thoroughly enjoyed being able to focus on a challenge outside of my own city and to lend my thoughts on some creative solutions. Between the tours, the visits and ultimately the creation of the project recommendations, the process was both exhausting and exhilarating. Spending time with a geographically diverse group of smart people intensely focused on providing effective suggestions and solutions in a short period of time is a unique opportunity. 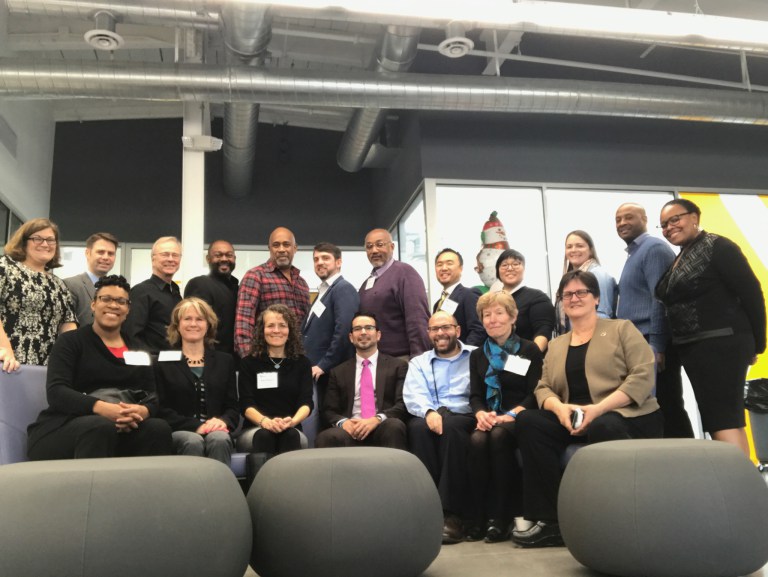 CD: Our goal with the EED Fellowship is to create space for practitioners like yourself to share challenges and successes. Before we close, how important was peer-to-peer engagement with the other EED fellows both at a professional and personal level?

BC: This has been an invaluable experience both personally and professionally. I now have a rolodex full of leaders from around the country that I can call upon to discuss issues and bounce ideas off of. More importantly, the fellows I got to know are some of the finest people I’ve ever had an opportunity to work with!  They are passionate about their cities, but also about the issues of equitable and sustainable development.  I’m grateful for this experience and will continue to draw upon the lessons I learned.