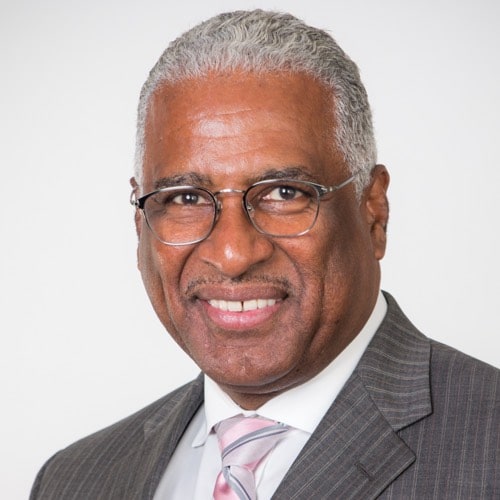 William A. Bell, Sr. is one of the most dynamic, effective and respected public servants in Birmingham, Alabama, having served the City of Birmingham as City Councilor and Council President for more than 25 years. Mayor Bell was elected to a full term as Mayor of Birmingham, the largest city in the state of Alabama, in 2011. He was re-elected Mayor again in 2013. In 1985 during his third term on the Council, he was elected to serve as the first African-American President of the Birmingham City Council. He was again chosen as President following the Birmingham City Council elections in 1987 and 1997. While serving as President, he was instrumental in implementing the consent agenda and designing the new council chamber which other local governments modeled and integrated into their city‘s plans.

Mayor Bell is responsible for the upcoming transportation facility that will be built downtown, the multi-use Birmingham Intermodal Transit Facility. Since becoming the 33rd mayor of the largest city in Alabama, Bell has transformed Birmingham by bringing back the Birmingham Barons baseball team, implementing various projects including a new Regions Field baseball facility, the Negro League Baseball Museum, Railroad Park, the Birmingham Crossplex, an international multi-use sports complex, the Uptown district including a four-start Westin Hotel with various shops and restaurants, expansion of the Summit shopping center, Grandview Hospital on 280, Barber Motorsports Facility, and is responsible for the revitalization and refurbishing of various neighborhood parks and recreational centers throughout the city.

Bell was recently elected to serve as the President of the African American Mayors Association (AAMA) and recently traveled to Ferguson, MO to meet with other leaders regarding recent violence and lend his experience and guidance as a child of the civil rights movement in Birmingham and now Mayor of the same city.

Bell is a graduate of John Carroll High School and the University of Alabama at Birmingham where he received his Master’s Degree in Psychology and Guidance and Counseling. He also received his Doctorate in Jurisprudence from Miles College. Dr. Bell has served as a probation officer in Family Court, sales consultant with the Xerox Corporation and Special Assistant to the Vice-President at UAB.