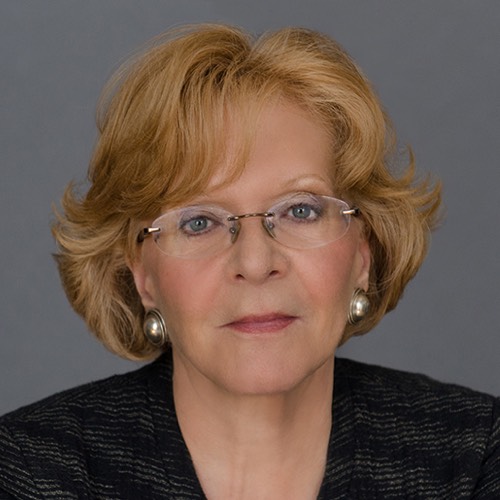 Julia Stasch is President of the John D. and Catherine T. MacArthur Foundation, one of the nation’s largest philanthropies with assets of more than $6.3 billion, and offices in Chicago, Mexico City, New Delhi, and Abuja, Nigeria. With a broad background of leadership in the business, governmental, and philanthropic sectors, she has served as the Foundation’s President since July 2014.

Stasch joined the Foundation in 2001 as Vice President for US Programs, responsible for major work in the United States, including strategies related to justice, housing, education, community and economic development, and social and economic policy.

Prior to joining the Foundation, she worked for the City of Chicago, first as Commissioner of the Department of Housing and as Chief of Staff to then Mayor Richard M. Daley. As Commissioner, she led a process resulting in the city’s commitment to a $1.3 billion, five-year plan for affordable housing. As Chief of Staff, a significant accomplishment was the design and negotiation of the $1.5 billion plan for transformation of public housing in Chicago.

From 1996 to 1997, Stasch was President and Chief Executive Officer of Shorebank Chicago Companies, including South Shore Bank, the nation’s first community development bank. In 1977, she was one of four employees of Chicago-based real estate development firm Stein & Company. When she left in 1996 as President and Chief Operating Officer, the staff numbered 220 and projects included the Metcalfe Federal Building, Chicago’s United Center, and expansion of McCormick Place. While at Stein and Company, she was nationally known for her work to include women and minorities in the construction industry.

During the first Clinton Administration, Stasch served in Washington as Deputy Administrator of the General Services Administration, a 20,000-person agency responsible for management of government-wide building construction, leasing, and management. Earlier, she was a Vista volunteer and a teacher in the Chicago public school system.