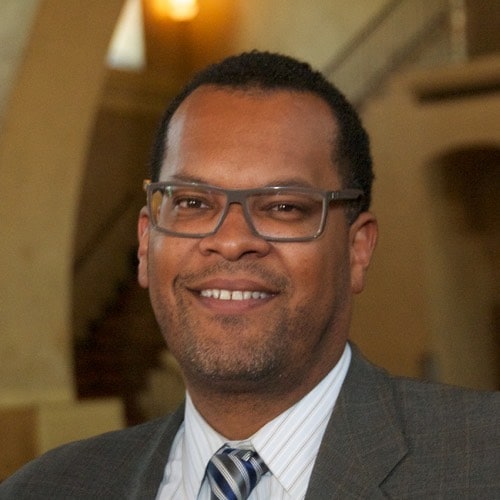 Fred Blackwell is the CEO of The San Francisco Foundation, one of the largest community foundations in the country. The San Francisco Foundation works hand-in-hand with donors, community leaders, and both public and private partners to create thriving communities throughout the Bay Area. Since joining the foundation in 2014, Mr. Blackwell has led the Foundation in a renewed commitment to social justice through an equity agenda focused on racial and economic inclusion.

Mr. Blackwell, an Oakland native, is a nationally recognized community leader with a longstanding career in the Bay Area. Prior to joining the foundation, he served as Interim City Administrator for the City of Oakland where he previously served as the Assistant City Administrator. He was the Executive Director of the San Francisco Redevelopment Agency and Director of the Mayor’s Office of Community Development in San Francisco; he served as the Director of the Making Connections Initiative for the Annie E. Casey Foundation in the Lower San Antonio neighborhood of Oakland; he was a Multicultural Fellow in Neighborhood and Community Development at The San Francisco Foundation; and he subsequently managed a multi-year comprehensive community initiative for The San Francisco Foundation in West Oakland.

Mr. Blackwell currently serves on the board of the Independent Sector, Northern California Grantmakers, SPUR, the Bridgespan Group, the dean’s advisory council for Berkeley’s College of Environmental Design, and the community advisory council of the San Francisco Federal Reserve. He previously served on the boards of the California Redevelopment Association, Urban Habitat Program, LeaderSpring, and Leadership Excellence. He is a visiting professor in the department of City and Regional Planning at UC Berkeley and the Co-Chair of CASA. He holds a master’s degree in city planning from UC Berkeley and a bachelor’s degree in urban studies from Morehouse College. 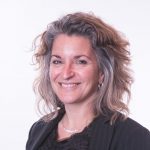 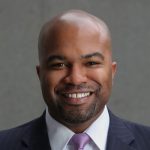