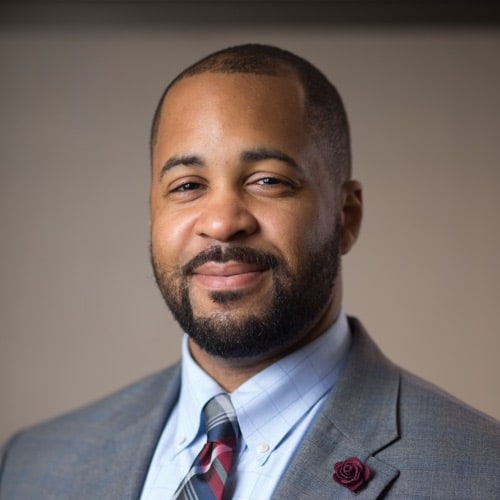 Ashford Hughes was recently appointed by Mayor David Briley to serve as the city of Nashville’s Chief Diversity, Equity and Inclusion Officer, where will implement the Mayor’s diversity and inclusion goals across Metro Government and lead the city’s efforts to attract, develop, promote, and retain a diverse government workforce at all levels. He will oversee improvements to the city’s procurement practices and policies to further increase opportunities for minority- and women-owned companies to do business with Metro. He also will ensure collaboration across Metro departments and continue to prioritize community-focused initiatives that promote and improve economic inclusion for all Nashvillians.

In his previous role under then Mayor Megan Barry’s administration, Ashford served as Senior Advisor to Workforce, Diversity and Inclusion through the Office of Economic and Community Development. In that role he sought to engage, convene and lead in developing workforce strategies that would connect residents with training opportunities that where expected lead to career pathways to success. His portfolio was also focused on identifying disparities in city programs and services, and helping create ways for city departments to address these gaps. This role also worked closely with community groups and organizations to ensure equal access to city programs and service.

Beginning in 2013 Ashford served as the Assistant Business Manager and Political Organizer for the Southeast Laborers’ District Council, an international labor union affiliate of LiUNA!, Laborers International Union of North America, which represents both men and women in the construction industry. In his capacity, organizing within seven southern states and 26 local unions, he served as a political coordinator, community and worker organizer. He was tasked to lead on a variety of issue and candidate based campaigns while advocating for policies to aid local workforce.

Prior to joining the Southeast Laborers’ District Council, Ashford served as the Political Director for the state Tennessee Democratic Party. Here he was directly responsible for the implementation of constituent outreach programs, candidate recruitment, candidate management and leadership development amongst various party officials and activist. He served as the liaison between the members of the Democrat House Caucus, Senate Caucus and the State Party.

Since 2005, Ashford has worked as a senior political staffer and consultant on numerous candidate, labor and issue based campaigns in Tennessee, South Carolina, Virginia, Mississippi, Florida and Massachusetts. During this period he worked closely with State Legislative Democrat Caucus leadership on high profile Congressional and State House and Senate elections. His main focus has been political strategy, African American political outreach, candidate development, organizational and community development. Most recently during the 2015 municipal election cycle Ashford, alongside the community based organization NOAH, spearheaded the passage of Amendment #3, a local hire provision that changed the metro charter that outlines 40% of the total work hours on publically funded construction projects in Nashville were filled by local Davidson County Residents. This referendum won passage from Nashville voters by a margin of 58% to 42% in favor.

Ashford has a Bachelor of Science Degree, with a concentration in Political Science, from Tennessee State University.