An Inside Look at Equitable Economic Development in Memphis

By Carlos Delgado
Posted June 6, 2017
In All News, Updates
An Inside Look at Equitable Economic Development in Memphis2017-06-062018-07-01/wp-content/uploads/logo-dark.svgThe Rose Centerhttps://danielrosecenter.org/wp-content/uploads/blog-memphis-2017-update.jpg200px200px
0

We meet Paul Young, one of NLC’s Equitable Economic Development (EED) fellows and director of housing and community development for the city of Memphis, Tennessee, to discuss the city’s equitable economic development priorities, how the Memphis EED project is progressing, and his experience as a EED Fellow.

Carlos Delgado: Paul, thank you for sharing your insights on equitable economic development in Memphis and your experience as a member of NLC’s EED Fellowship. To my knowledge, you were born and raised in Memphis, correct? And can you tell us about your professional background? 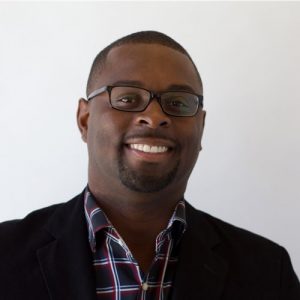 Paul Young serves as director of housing and community development for the city of Memphis, Tennessee.

Paul Young: First of all, Carlos, thank you for this opportunity. The EED program has enabled us to perform great work in Memphis. I can’t stress enough the amount of support your team has given to us during the first year of the fellowship.

As for my background, you’re correct — I was born and raised in Memphis, and I completed masters degrees in both City and Regional Planning and Science in Business Administration at the University of Memphis. I currently serve as the director of the City of Memphis Division of Housing and Community Development (HCD). HCD is responsible for coordinating community and economic development projects and initiatives throughout Memphis. The agency has an annual budget of more than $16 million; it is the agency that receives federal entitlement funds on behalf of the city.

The city of Memphis has seen great momentum over the past five years, with a number of economic development successes and residential as well as commercial growth in pockets of the city. Despite these recent successes, minority-owned businesses still receive a disparate share of the overall business activity in the city, which is 65 percent African-American. It’s imperative that all members of our community are able to participate in the economic growth is beginning to take place in the city. This is viewed as a core tenet of the community revitalization strategy for neighborhoods across Memphis. 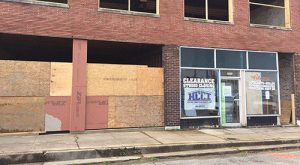 One of the Memphis neighborhoods targeted for revitalization by Mayor Jim Strickland through projects coordinated by the city’s EED Fellowship team.

This strategy also aligns with the initiative that the city of Memphis EED team has been working on this year to address a vacancy problem in commercial buildings primarily affecting low-income neighborhoods and communities of color. Can you elaborate on how the city is tackling this challenge intentionally and strategically?

The EED Fellowship team in the city of Memphis is exploring a program based on the model of Detroit’s Motor City Match program, which seeks to promote and advance emerging and existing small businesses while spurring a revitalization of neighborhood commercial and business districts. Our program, called the “Bluff City Challenge (BCC),” would support the establishment of businesses that provide services and create jobs for underserved populations in the city.

The two primary goals of the Bluff City Challenge are to expand and diversify the pipeline of successful startups and small businesses in the city and to create economic opportunity in historically disadvantaged neighborhoods. The idea is to start in two or three neighborhood corridors with high vacancy rates and provide financial incentives for property owners to make improvements to the properties. Those property owners would be paired with businesses that have also been incentivized to locate in those buildings for a defined period of time. The goal is to activate these blighted commercial corridors and hopefully add new jobs to our core city neighborhoods.

The Sears, Roebuck & Co. building, built in 1927 in the Crosstown neighborhood of Memphis, closed in 1993. After the building sat abandoned for 17 years, Crosstown Arts, a local nonprofit, was formed to facilitate the redevelopment of the building as a “mixed-used vertical urban village” called Crosstown Concourse. The project is slated for completion later this year.

Since we first met one year ago in Portland, Oregon, what progress has the city of Memphis made in this initiative?

Since last June, we have convened a number of stakeholders to get buy-in on the concept, including the Memphis and Shelby County Economic Development Growth Engine (EDGE), EpiCenter, the Mid-South Minority Business Continuum, and a host of others. After the initial meetings, EDGE and EpiCenter worked with the city of Memphis and the EED Fellowship team to submit a grant application for seed funding of the BCC program. Although that application was ultimately denied, the application allowed the team to think more deeply about the proposed program and process for moving forward. Certainly, we are actively looking for other grant opportunities.

This is great to hear. And I agree with you that Detroit’s Motor City Match program is an excellent model. Can you comment on your experience as part of the EED Fellowship technical assistance team that visited Boston and as a Host City Fellow when NLC’s EED team visited Memphis? Can you also share the specific recommendations the visiting team provided Memphis?

The peer-to-peer opportunities provided through the EED Fellowship were deeply rewarding. I had the opportunity to visit Boston to explore their co-op strategy, and it was great to learn about the similarities and differences of our respective markets. Having the opportunity to gain perspective on how they are addressing inequity in their community provided me with a new set of ideas that I believe can be transferred to Memphis.

When the EED team visited Memphis, I thoroughly enjoyed gaining their insight on the strategy we’re seeking to deploy. It was very impressive to see the depth of information the team was able to absorb in a brief period of time, and their recommendations are helping us ensure that our strategy moving forward is a comprehensive one. Specific strategies suggested by the advisory team include:

We were delighted to see the level of collaboration among stakeholders during our visit to Memphis. Any final comments about the EED Fellowship?

The EED Fellowship has been a significant resource for my professional development. As a person who learns best from hands-on interaction, I have thoroughly enjoyed being able to delve into the real-world issues and challenges experienced by other cities. It is a tremendous resource to work with cities across the country who may have a different demographic makeup but are still thriving to promote equity in their respective communities. I believe that, just by virtue of my participation in NLC’s EED Fellowship, I have already grown my knowledge base in the economic development arena.

Memphis is one of six cities participating in this year’s EED fellowship; view the blog series for more stories and experiences from other fellows. This week, Memphis will join the other participating cities — as well as the newly announced 2017-2018 cohort — in Washington, D.C., for the program’s yearly convening. Learn more here.