The Influence of Bill Hudnut: Remaking Indianapolis and Inviting Public Officials into ULI

Among ULI members who were recognized at the 2015 Fall Meeting in San Francisco for their contributions to the Advisory Services program was Bill Hudnut, former mayor of Indianapolis and former ULI senior resident fellow. During his nearly 13 years at the Institute, Hudnut chaired or served on nearly 20 panels, traveling to cities across the United States where leaders were grappling with a central question: what tools do we need to revitalize our downtowns and urban centers?

It is a question Hudnut passionately pursued during his 16 years as mayor of Indianapolis, which went from being called “Indy-a-no-place” to an amateur and professional sports capital and thriving midwestern city in its own right. Although nearly 25 years have passed since Hudnut left office, the city is still reaping benefits from key decisions and risk-taking made during the Hudnut years.

Known for his boundless energy and sense of humor—he put on a leprechaun suit and danced at the annual St. Patrick’s Day Parade in Indianapolis—Hudnut is now entering a quieter phase of life. At 83, he has congestive heart failure and wears a black satchel that continuously pumps medicine into his heart. He tires easily and must travel with his wife, Beverly, by his side. Still, he made it to San Francisco to accept a lifetime achievement award from Advisory Services.

Standing six-foot-five, Hudnut cuts a towering but personable figure. He built his reputation as a nonpartisan consensus-builder who sought common ground over ideological battles. Looking back on his achievements as mayor and the issues he championed at ULI offers lessons for anyone interested in helping cities realize their promise and potential. 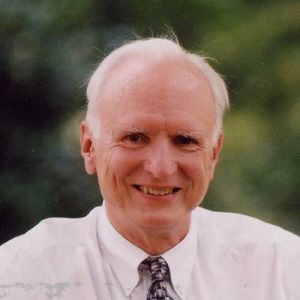 Bill Hudnut served as Indianapolis mayor for 16 years and a ULI senior resident fellow for 13 years.

“He was a very effective leader,” says ULI Foundation Governor Smedes York, who got to know Hudnut as mayor of Raleigh from 1979 to 1983 and through the National League of Cities. “His wasn’t a ‘pie-in-the-sky’ approach, but one based in pragmatism.”

Sports as an Economic Development Strategy

Public officials often say that it is difficult to get anything done in four years. Having been returned to office by Indianapolis voters four times, Hudnut had the time and public support to advance his agenda, which was to bring jobs, retail, and people back to downtown. When he took office in 1976, Hudnut faced a city that was struggling to define itself in the wake of the auto industry’s retreat from urban centers, heavy manufacturing’s collapse, and the flight of affluent residents to the suburbs.

“Like any downtown in the 1970s, there was a crisis in confidence,” recalls Mike Higbee, who served as Hudnut’s economic development director and now owns Development Concepts, a private development firm in Indianapolis. “You had to be a true believer in thinking that downtowns were the future back then. The future was clearly in the suburbs, and not in the heart of the city, especially in the Rust Belt.”

Despite the suburban flight, Hudnut remained committed to the idea that downtown Indianapolis was a place worthy of investment. He and his administration began to court companies to relocate downtown. They partnered with Melvin Simon to launch Circle Centre Mall, which took 12 years to develop as it became difficult to obtain financing during the recession of the early 1990s. They set the stage for more housing and mixed-use development to happen downtown.

“We started building a stadium without the prospect of a team, which everybody thought was a giant political risk,” Hudnut says. “We sold it [to funders and voters] as an expansion of the convention center and that we wanted to increase our convention business. It was a coincidence that there was 100 yards of concrete built underneath.”Perhaps the most consequential decision Hudnut made—and the one that he will forever be associated with—was to build a professional football stadium without a National Football League (NFL) franchise attached to it. While the plan struck some as controversial, the stadium was part of a deliberate strategy to use sports and athletics to spur economic development downtown.

The stadium had in fact booked thousands of dollars in new convention business before the Baltimore Colts began casting about for a new home. A serendipitous meeting between the Colts’ lawyer and an Indianapolis businessman put the new Hoosier Dome on the Colts’ radar screen—and, ultimately, Indianapolis on the map. The newly christened Indianapolis Colts kicked off the stadium’s official dedication on August 11, 1984, in a sold-out game against the New York Giants, which the Colts won. (The Hoosier Dome was demolished in 2007 so that a new stadium, Lucas Oil Stadium, could be built in time for the 2008 NFL season.)

“I was very concerned about our brand, but when the Colts got on the sports pages, the brand sold itself,” Hudnut says. Prior to the Colts’ arrival, Hudnut and others had convinced Mel and Herb Simon to purchase the Indiana Pacers before the basketball team left town, further solidifying Indianapolis’s association with sports.

Though it was a calculated risk, the Hoosier Dome was a risk all the same. The $80 million project had to be funded in part by a 1 percent sales tax increase on food and beverage, and some predicted that Hudnut wouldn’t survive his next election. While the goal was to attract major sporting events and athletics organizations, Hudnut and his administration knew they first had to have the infrastructure in place to prove how serious they were.

“We were starting from scratch,” Higbee says. “The first part of our strategy was to have first-class facilities.”

In addition to the Hoosier Dome, the city built the Major Taylor Velodrome (a cycling racetrack); the Indiana University–Purdue University Natatorium, host of major swimming competitions; and the Indianapolis Rowing Center, all under Hudnut. And the games and events followed, the first of which was the National Sports Festival in 1983.

“That really put us on the map,” Higbee says. “We put together a well-oiled volunteer organization that handled every aspect of the event. And we made sure at the end of the day [that] the event made money.” The 1987 Pan American Games, which drew nearly 4,500 athletes from around the world, sealed the city’s reputation.

In a recent documentary about Hudnut produced by WFYI, an Indianapolis public television station, Hudnut speaks about the mix of personal qualities it takes to a successful chief executive of a city. “You need a big vision, but also you need to be someone who can deal with the small daily struggles of being a mayor,” he says.

Forging relationships with the private sector also framed Hudnut’s vision for economic growth. When Higbee went to work for Hudnut in 1980 as a young professional, the idea of public/private partnerships was new to him. “I was very interested in how to make communities work better, but I didn’t understand the mechanics of it,” he says. “Bill was clearly a collaborator and committed to the idea of building effective partnerships.”

To illustrate his point, Higbee tells the story of Hudnut’s commitment to see the Circle Centre Mall project to fruition. In 1989, Hudnut ran for secretary of state and lost. Instead of sulking in the days after the election, he called Higbee and asked how the project was faring. Interest rates were sky-high and banks were reluctant to lend for retail projects. So Hudnut and Higbee flew to Europe and raised $60 million in equity, which they then used to leverage debt financing back home. “We wouldn’t have been able to raise that debt without the $60 million in equity,” Higbee says.

Finding a Place for Public Officials within ULI

Hudnut served as a ULI senior resident fellow from 1996 to 2009, specializing in public policy issues and filling a position endowed by former ULI Chairman Joseph C. Canizaro, president and chief executive officer of Columbus Properties, L.P. in New Orleans. While at the Institute, Hudnut made it his priority to invite more public officials to participate in ULI events and forums. “My goal was to increase ULI’s relevance by broadening its reach beyond the private sector,” he says.

He did this through a series of mayors’ forums, a predecessor of sorts to the ULI Rose Center for Public Leadership. These forums were two- to three-day events in which public officials would be invited to discuss particularly vexing land use challenges in need of creative solutions. Private sector members who were in the room were particularly useful in helping mayors think outside the box, Hudnut says.

Hudnut also spent time writing articles for Urban Land and publishing several books, including Cities on the Rebound: A Vision for Urban America, which took stock of how cities were faring in the late 1990s. Several ideas for creating highly walkable, pedestrian-oriented urban centers were already surfacing at the time, and Hudnut’s book documents these efforts.

Through his work on advisory panels, Hudnut helped cities address many of the challenges he faced as mayor. For example, Hudnut chaired a 2012 panel in Colorado Springs, Colorado, in which civic and business leaders sought ULI’s advice on an issue close to his heart: how to capitalize on the city’s significant sports-related infrastructure to turn the city into a sports-related destination and revitalize its ailing downtown.

After the panel, Hudnut flew to Denver to testify in support of an application Colorado Springs had submitted to the state’s economic development commission for a $120 million grant to support its City for Champions initiative, which sought to implement several recommendations made by the ULI panel. The city got the grant in 2014. Since then, it has been building public support for and awareness about its plans.

Higbee, who subsequently became a founding member of ULI Indiana, and who served on the Colorado Springs panel and several others with Hudnut, relished the opportunity to reunite and collaborate with his former boss. Of Hudnut’s leadership on panels, Higbee says: “He had the credibility with the leadership of the community, and he could articulate those ideas and engage with them in ways that energized them. Working for Bill was always a privilege and an honor.”