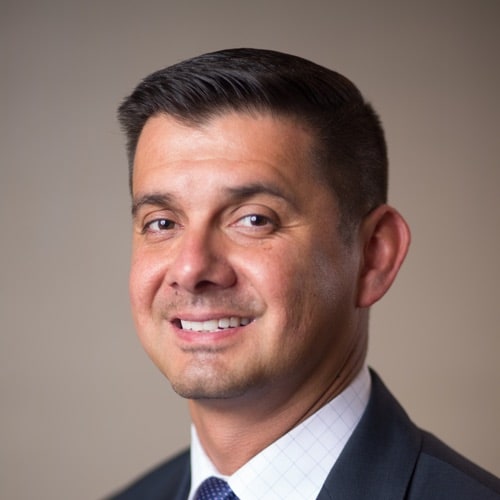 Albert Santana has worked for the City of Phoenix since 1997. He has worked in the City Manager’s Office since 2007 and currently serves as the Director of High Capacity Transit. In this role, he is responsible for the oversight of both the City’s light rail transit and bus rapid transit programs. These areas include construction/project management, transit oriented development, operations, acquisitions, business assistance, planning, and community relations.

His duties also involve leading the development of 42 new miles of light rail along with a 5-mile urban circulator, which in total is a $8.9 billion program. Additionally, he has the oversight of 75 miles of future bus rapid transit extensions in Phoenix. He is also responsible for the City of Phoenix light rail capital and operating budgets along with supervising the transit oriented develop program along the existing and future extensions. To date the 26-mile light rail system has experienced $8.9 billion of economic development investment within a ¼ mile radius. He recently oversaw the Light Rail Northwest Extension capital project which included a $326 million budget.

Before this position, Albert worked in a variety of City departments, and worked for five years as the co-chair of the City’s Latino Institute program, an organization that provides vital education and health resources to the community. He is currently the President of the Phoenix Hispanic Network which is a City of Phoenix employee organization that strives to promote the advancement of Latino employees by means of professional development opportunity, civic engagement/awareness and networking opportunities. Albert serves as a board member for Local First Arizona, an organization that represents over 3,000 locally owned businesses of all industries and sizes across the state. He also helped lead Phoenix’s efforts on the 2010 Census working with the US Census Regional Office. And in 2005, Albert was selected as one of 3 candidates nationally to participate in the City of Phoenix Management Intern program.

He received his Bachelors of Science in Business Marketing and a minor in Public Administration from Arizona State University and his Masters in Organization Management from University of Phoenix.