Peter S. Rummell, principal of the Rummell Company in Jacksonville, Florida, has been selected as the incoming chairman of ULI. Rummell, a longtime ULI trustee and former chairman of the ULI Foundation, will serve on a voluntary basis for a two-year term that begins this July 1 and ends June 30, 2013.

A member of ULI since 1983, Rummell, 65, began his 40-year development career working at the Sea Pines Company in Hilton Head, South Carolina, for industry legend Charles Fraser, who taught him the value of building in a way that enhances the surrounding environment, and of seeing potential where others cannot. He later applied these lessons as president of the Disney Development Company and chairman of Walt Disney Imagineering, where he guided major developments, including Celebration, Florida, a community widely regarded as exemplary of pedestrian-oriented design and connectivity; and as chairman and chief executive officer of the St. Joe Company, known for its nature-conscious approach to development, including several resort communities along Florida’s Gulf Coast. 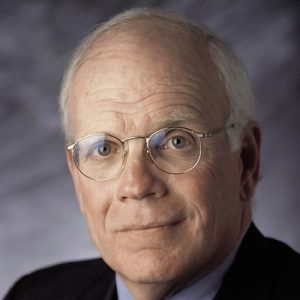 Rummell believes strongly in long-term planning and in settling only for high quality—two courses of action that will guide his leadership of ULI, particularly as the Institute seeks to expand its impact and influence in the postrecession environment. “In times of transition, it’s important to know who you are and where you are going,” he said. “And, you have to deliver in a way that exceeds expectations.”

Rummell’s long career in land use has also taught him the value of being detail oriented. “Good work comes from paying attention to details. You have to start with a vision, but then you have to execute against that vision, and the execution is in the details. It’s about how what you are providing is ultimately going to be experienced. That is the difference between ordinary and extraordinary in the land use industry.”

According to Rummell, one of ULI’s great strengths is its ability to bring together land use professionals from around the world to share knowledge and local experiences, making the Institute effective locally at a global level. This quality, he believes, will serve ULI well during this period of change for the industry. “This is a time when everyone is open to change because everyone has had to change the way they do business,” Rummell said. “We’re in a flexible environment right now, so we have some space to make real, positive, substantive changes in community building. ULI has a strong brand. There is an international need for what we offer, and people are ready to listen to us.”

Rummell’s long involvement with ULI, combined with his vast land use expertise, will be an invaluable asset as the organization continues to evolve, noted ULI chief executive officer Patrick L. Phillips. “Peter obviously ‘gets’ ULI; he’s a recognized leader in the business, especially at the intersection between the creative and pragmatic aspects of real estate development and investment. The staff and I are really excited about this next chapter in ULI’s leadership story,” Phillips said.

Rummell has served in numerous capacities at ULI, including as jury chairman for the ULI J.C. Nichols Prize for Visionaries in Urban Development and as a jury member for the ULI Gerald Hines Student Urban Design Competition. He is a member of the advisory board for the ULI Daniel Rose Center for Public Leadership in Land Use, the ULI Foundation board of directors, and the ULI Recreational Development Council. He is a member of ULI’s Policy and Practice Committee, which guides the Institute’s research and program agenda around five main priority areas: housing and community; infrastructure and the public realm; capital markets and real estate finance; climate, land use, and energy; and leadership.

An active member of the ULI North Florida district council, Rummell cochaired the ULI Florida Initiative on Regional Collaboration, which was created in 2003 by ULI with its four Florida district councils to promote more regional collaboration throughout the state. Regional cooperation, he believes, is the key to keeping urban areas competitive on a global basis. “To accomplish greater collaboration, particularly between distinct and different regions, it is important to first figure out the needs of each region and then fashion a plan that works for each of them,” he said.