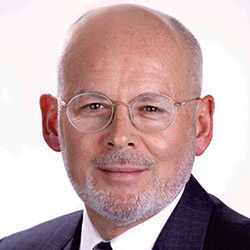 Russell formerly served as a director with Enterprise’s Multifamily Mortgage division as well as with the Syndication team. Specializing in transactions involving the low-income housing tax credit, he has introduced Enterprise to strong development relationships throughout the country.

Prior to joining Enterprise in 2005, Russell was an underwriter and low-income housing tax credit allocator for the Wisconsin Housing and Economic Development Authority (WHEDA) located in Madison, Wisconsin. Between 1994 and 2003, Russell was Director of Housing Investments for Heartland Properties, Inc., a real estate investment company specializing in affordable housing acquisitions and owned by Alliant Energy, a Wisconsin based public utility. From 1982-1994, Russell was an underwriter and asset manager with Rural Development, a credit agency of the United States Department of Agriculture (USDA). At USDA, he assisted in the massive effort to reconstruct the devastated housing areas of South Florida following the destruction left by Hurricane Andrew in 1992.