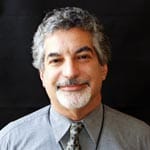 Alan Greenberger’s 42-year career has three significant chapters. For 34 years, he was a practicing architect with Mitchell/ Giurgola Architects and its successor, MGA Partners, where he was the design lead on many award winning projects. In 2008, Mr. Greenberger left his practice to join the administration of then-Philadelphia Mayor Michael Nutter as the city’s Chief Planner and then Deputy Mayor for Economic Development. Under his leadership, the City produced a new zoning code and comprehensive plan and is experiencing its most dynamic growth in half a century. Following the end of the Nutter administration, Mr. Greenberger was appointed Distinguished Teaching Professor and Lindy Fellow at Drexel University.